It was in the beginning of the 1960’s, when ‘Electric Blues’ (orphaned and looked down upon child) that survived in the ghettos of America, found a new home in Britain. Within few years it evolved into a tsunami of sound that came crashing back on the American shores. It tore down all barriers and converted generations of Americans into Rock Lovers.

It further spread to the other continents, and even decade after decades its strength increased. It spawned Psychedelic Rock, Art Rock, Hard Rock, Heavy Metal, and yet many more to come…

Songs to listen to:

There is a strange attraction between the blues and Britain, and this very chemistry essentially provided the birth bed for Rock music. It was plain Blues music that thawed out the emotional permafrost of 1950’s Britain. There was many blues bands in 1960’s UK music scene, from ‘John Mayall’s Blues breakers’ to ‘The Yardbirds’ but the best appreciation came from ‘The Rolling Stones’, formed in 1962, the band took its name from a classic Muddy Water’s song.

The Stones (as they are called in modern times) were initially satisfied by just doing blues covers, but the story changed when they opted for their own version of the blues music. They mixed British pop art ideas with the American Rhythm ‘n’ Blues, and the offspring (though still heavily laden with Blues undertones) was the sound and concept of Rock to come.

The Rise of the Guitar Gods

Soon the number of Blues influenced bands increased, especially in the cities of London, Liverpool and New Castles. Bands like The Animals, The Who combined into the ruckus and the loudness of their acts was eventually heard in America.

To American audience the music produced by these British Bands was as surprising as it was revealing. They were awestruck as they saw young brats from Britain consuming the vibes of the Blues and reproducing it in the frenzied shape of Rock.

The most striking were the iconic use of the electric guitar. A boy in America would not have imagined how ‘sexy’ a guitar player would look (and become) before he saw the likes of Pete Townsend or Eric Clapton or Jeff Beck.

When it comes to picking a pioneer, a band that could be depicted as the first to sound ‘Non Bluesy’, then none other fits the bill better than ‘The Who’ an uncompromising, loud and aggressive band from London.

The Who’s high octane performances gave rock a harder edge, they were the first out and out rock band, as the energy that resonated in their live performances was never heard or experienced before. The music of The Who also defined that the unified attack of bass guitar and drums was a necessity for the ‘Rock Sound’. The rebellion of The Who started off with their song ‘My Generation’, the voice that it gave to the anger and frustration of the contemporary youth turned it into an emblem.

One clear sign of The Who’s pivotal status in Rock is the fact that while ‘The Who’ took it out into the streets; where the youth would be, other bands were playing their songs sitting on stools in pubs…

With The Who rock music had an element of real danger, as they gave a completely new meaning to rock performance. They showed how a three piece Rock band should look and sound. Their total mastery of stage and somewhat destructive tendencies inspired generations of Rock performers.

While The Rolling Stones added their sexual swagger and pop art ideas to the Blues and The Who exploded through the R ’n’ B barrier with their dominant stage synergy, Pink Floyd emerged with their psychedelic art rock.

Formed in 1966, Pink Floyd took Rock into a new direction of endless possibilities; they introduced social problems and self-searching individual concepts into main stream music. For the first time in its early development, Rock music wasn’t just an outlet for excessive energy and cheap thrills.

Although their charismatic lead singer and song writer Syd Barret left the band in its inception (c 1968) Pink Floyd went on with their experimental ways. They developed a sound following as an underground band and then went on to become a worldwide phenomenon with their album ‘The Dark Side of the Moon’.

There is often talk about luck or chance; how it sets things in motion. Rock music has plenty of such moments: from Jimi Hendrix’s visit and incessant rise in Britain to the formation and rise of the Black Sabbath; the most prestigious and yet controversial band in the history of Rock.

In 1965, while working in a metal factory in Birmingham, budding guitar player Toni Iommi accidently cut the tips off his fret board hand. Fate might have been working against him but Iommi didn’t give up, he made artificial finger tips with melted plastic bottles and painstakingly modified his guitar playing.

To accommodate the loss of strength in his fingers, he slackened the guitar strings and hence introduced the notorious de-tuned heavy sound into the realm of Rock.

Black Sabbath was formed in 1968, the founding four members; Bill Ward on drums, Geezer Butler on Bass, Toni Iommi on guitars, and the young lunatic Ozzy Osborne, all  had the sound of heavy pounding machines of Birmingham’s metal factory embedded in their subconscious, the resulting dark, heavy and menacing band sound (topped by Iommi’s de-tuned guitar) was positively inevitable.

Although all the music pundits hated Black Sabbath from the day one, they started a new era in Rock with their first (self-titled album) and it is no wonder that their music is still inspiring new age rockers with the same zeal. 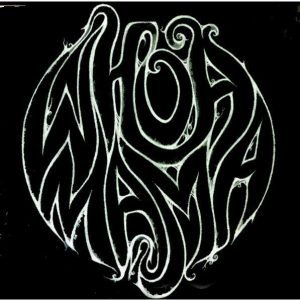 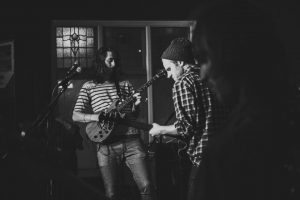 Well, whoever holds the opinion that ‘Rock is Dead’ should face the Motherfaster! 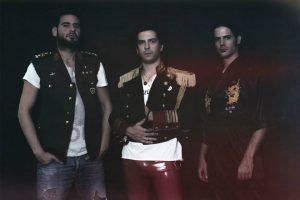 The above statement is a light in the dark for all lovers of heavy and pounding sounds of ‘Heavy Metal’ and Rock: from those who have had cut down their locks and cried in the night hearing Justin Biebers’ being played over and over on the radio, to those who have sold their soul and taken the distortion pedals out of the effect’s chain –to produced cleaner/lighter sounds- just to feed their (Sunday School going) kids…

Ironically, Motherfasters is producing the darkest music (in their genre) that I have heard in the contemporary acts so far. Their menacingly corrupting songs include tales of a wide range of insane realities: from topics like drug-sex-abuse to serial-rapists and laments-of and about-gods to underworld-gangsters.

Yeah, not the stuff for Sunday Schools…

Motherfaster is: a three piece ‘Rock Machine’, driven by the Ozzy influenced vocal antics of Paminos (who also holds the Bass guitar) with Bill fanatically rendering riffs after riffs; that could put smiles on Toni Iommi’s face, and then they have Jim thrashing drums -while keeping the trio steady at the same time. The trio is (surprisingly) from Athens, Greece. These three got together in the fall of 2011, and after some initial experiments (and around a dozen gigs during 2012, 2013) they took the applause of their fans seriously, and conjured up a studio album (March 2014).

In November 2014 they released the first single ‘The nymph and the god’ which was featured in the compilation CD Fear Candy No 138, that comes with Terrorizer magazine (Issue 254) along with some other existing bands.
It is needless to say, but the moment you play Motherfaster, the first thought that hits you is: “Oh my god, this is the rebirth of Metal…”

If I hadn’t been keeping an eye on the aging monsters of Black Sabbath, I would have mistaken Motherfaster for their pseudo name. Motherfaster has got the same musical chemistry going, only with a refreshed and original zeal.
Their sound ranges from Hard (Blues oriented) Rock to Heavy Metal, very much into pioneer’s style, and the feel of it tells about the varying influences of Sabbath, Pantera, Judas Priest and even Black Label Society at times.

My favorite pick is 24/7 (the song about Mafia Guy) with its in-your-face attitude. So far Bill has impressed with his guitar chops, but I would love to hear him using less takes/layers during guitar solos.

In conclusion, Motherfaster gets thumbs up from me; with a middle finger attached to it…